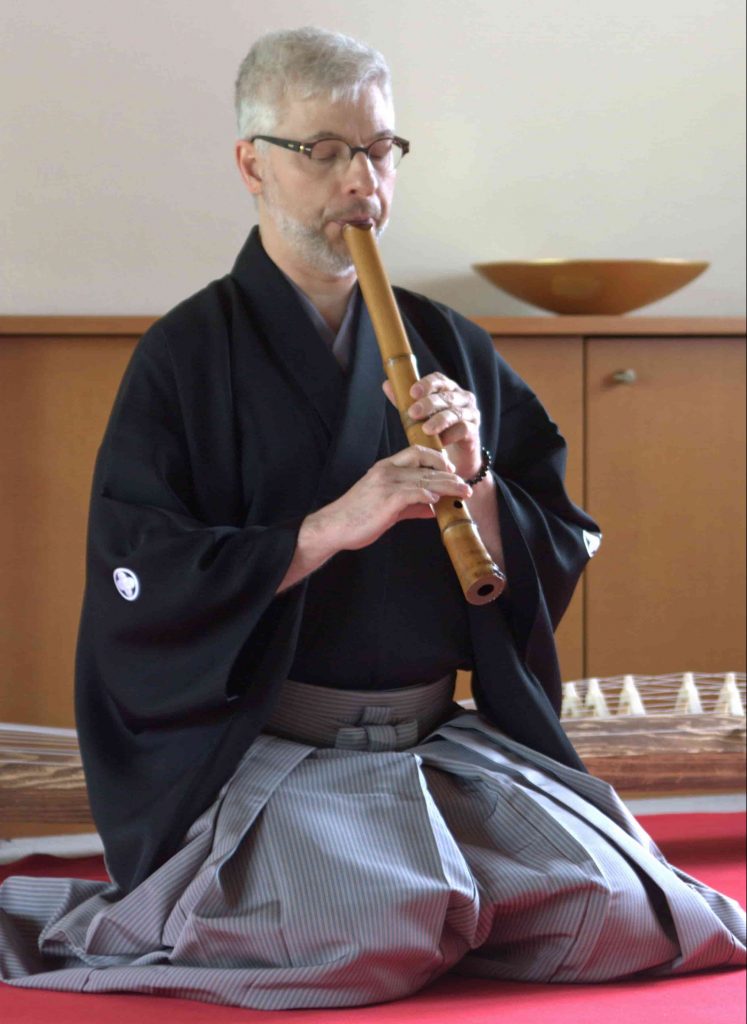 Armin Kyumei Lohbeck was born in Lemgo (Germany) in 1967. He studied the cello at the Academy of Music in Detmold. After graduating, he spent six years in Japan, where he was a member of the Japan Philharmonic Symphony Orchestra and various baroque ensembles. During his years in Japan he took a great interest in Japanese music and started learning the shakuhachi. He was taught by Reiko Yokota. On returning to Germany, he studied the baroque cello and viola da gamba with Rainer Zipperling at the Academy of Music in Cologne, and joined master classes by Anner Bylsma. During this time, he also studied the honkyoku style of music in the Itchoken tradition with the shakuhachi master Ikkei Hanada. 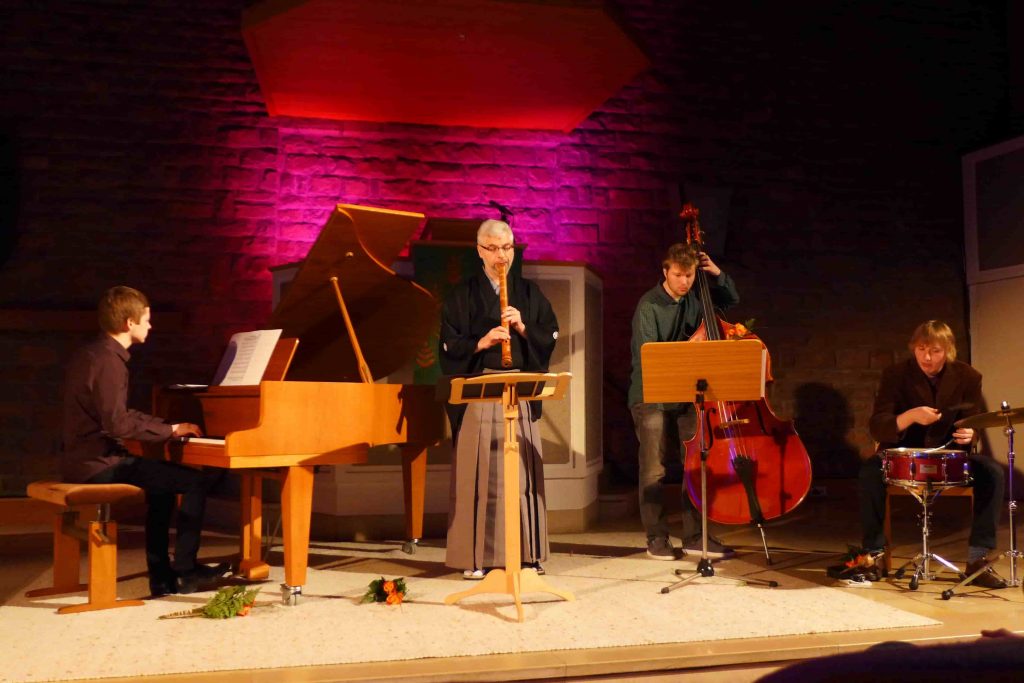 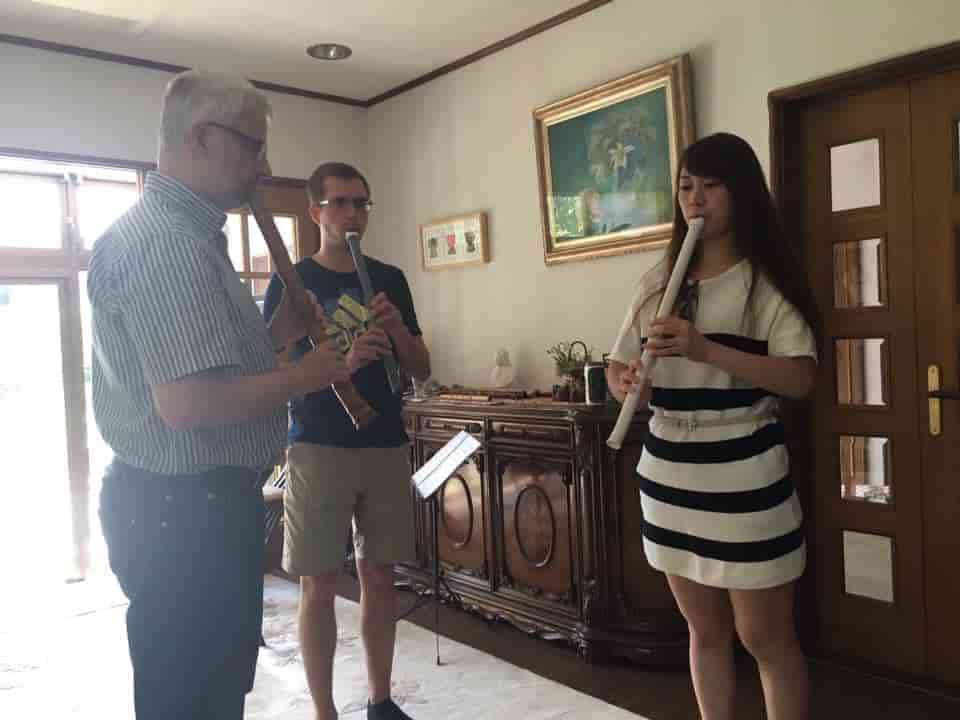 Armin Lohbeck was a member of the Deutsche Bachsolisten from 1993 to 2000 and with the Musica Antiqua Köln from 2005 until it disbanded. As a professional cellist, he performed with many renowned ensembles such as the Salzburg Barock, Dresdner Barockorchester and Concerto Farinelli, and is best known for his interpretation of the works of J.S. Bach. He has contributed significantly to the spreading of shakuhachi music of the Kinko tradition, the tradition that he studied in Sweden and Japan with Dr. Gunnar Jinmei Linder and Ryûmei Matsuyama of the Chikumeisha branch. In 2012 he played the shakuhachi as a soloist during the World Shakuhachi Festival in Kyoto. 2015 Armin Lohbeck published his first album “Dreams” with baroque and romantic masterpieces arranged for shakuhachi and pipe organ. Since 2016 he has been living in Japan and regularly performs on his cello and shakuhachi in both Japan and Germany. In 2016 he received his traditional master license, Shihan, and the name Kyumei from the Kinko-ryu Chikumeisha branch.

The shakuhachi, a Japanese bamboo flute, was first introduced into Japan from China in the eighth century. It has been used in a spiritual context since the 15th century and possibly earlier. In the Edo period (1600-1868), playing the shakuhachi was the primary meditative practice of a sect of Zen Buddhist monks. For these monks, the shakuhachi was more a spiritual tool than a musical instrument.

It was also used in secular ensemble music, to accompany the stringed instruments, shamisen and koto. The shakuhachi withstood the influence of Western music after the beginning of the Meiji Period (1868) without losing its roots, and has found its way into all music genres of today, from pop and rock to jazz.

The shakuhachi is a very simple instrument, made of bamboo with just five finger holes and a blowing edge. Despite its simple construction, the shakuhachi can produce a remarkable range of sound. It can be as expressive as the human voice, and in combination with the pipe organ it gives the beautiful Baroque and Romantic masterpieces a unique timbre. 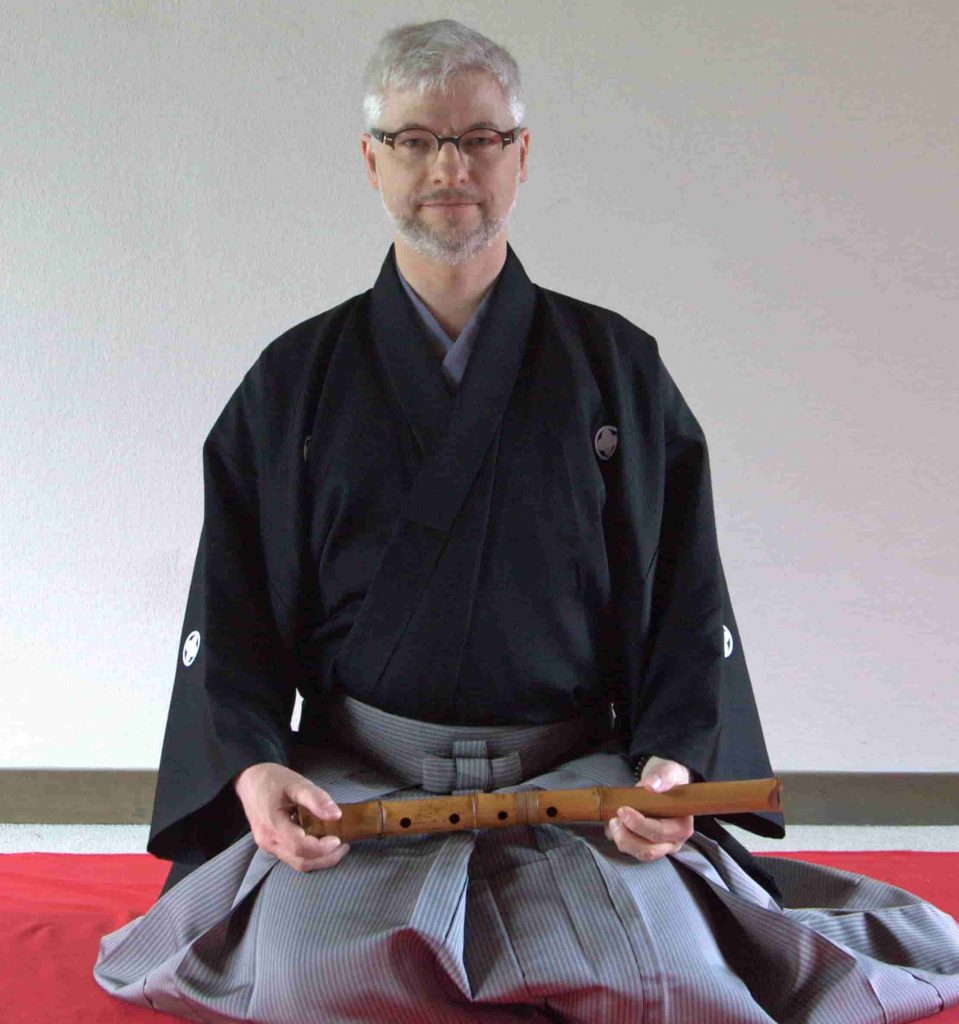